These frames produce an unusual and fascinating range of soap film patterns. Their beauty and variety will provide many hours of entertainment. Patience and practice are rewarded by an astonishing number of patterns and bubbles.

Dip a frame into soap solution then withdraw it to see the amazing soap film pattern that forms. Try breaking the soap films in the pattern one at a time. Catch a bubble in the frame as you withdraw it from the solution to make tetrahedral, cubic or even dodecahedral bubbles!

This gives the simplest pattern with six triangular films meeting in the centre of the tetrahedron.  The four prominent lines where the films meet are like the four bonds to carbon atoms in methane.  A bubble trapped in the frame has the symmetry of the terahedron but the faces are curved. 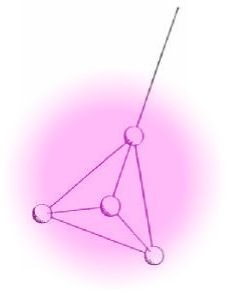 This pattern shows a small 'square' of film parallel to one of the faces of the cube.  Blow gently on the square to make it change its orientation.  Pick up a bubble to make a central 'cubic' bubble.


This has a similar internal pattern to the regular tetrahedron but the films have to bend to meet in the 'centre' of the tetrahedron. 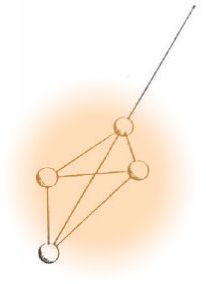 This frame gives less predictable patterns than the others.  Sometimes an external pattern forms with films on 11 of the 12 pentagon on the surface of the frame.   The internal pattern also shows an open side.  Can you make a 'dodecahedral' bubble? 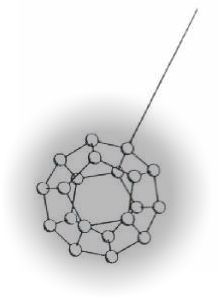 At the top and bottom of the prism the films are like those in the tetrahedral framework.  In the central portion, three vertical planes of soap solution meet along the central axis of the prism.  Try and trap two 'tetrahedral bubbles' at the vertices of the films. 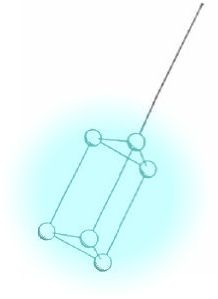 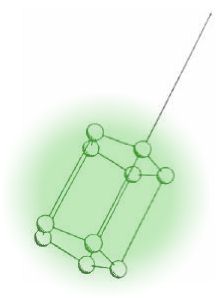 This frame produces what are probably the most beautiful of all the patterns.   The most symmetrical one consists of soap film in the form of triangles and kites. At the centre of the octahedron, 6 kites meet at a single point - more technically, a tetra-hedron of tetrahedra!  By blowing on this surface or varying the angle the frame is withdrawn from the soap solution, try and produce patterns with a central hexagon, pentagon, square or quadrilateral.  A bubble trapped in the frame does not have the symmetry of an octahedron. 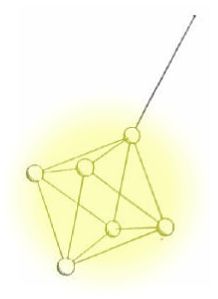